Profound beautiful, dreamlike -- for the first time, well-known modern artist, Mr. ZhaoLiang, manifests the profound essence of traditional Chinese culture in his Soul & Desire Trilogy (Dreams of Zen / The Tea Spell / Escaping From the Mountain). He adopts the technique of “drama within drama”, uses antiques as stage props, creates surreal visual effects and integrates symbolism in the dances.  The performances are spiritual creative, philosophical, visual and experimental while the plots are beautiful stories themselves.

traditional Chinese culture and his fluency in eastern dance vocabulary after he spent time overseas. The three chapters are independent yet interrelated.  Together they form an experiment in terms of theme, structure, dance components and visual effects, which demands extraordinary artistic talent and courage. All these may as well make Zhao Liang an avant-garde in the modern dance history of China. In fact, these art works have also won round applauses overseas. They transcend the boundary between modern and classic, connect the East with the West and shine forth with something universal -- the human nature. 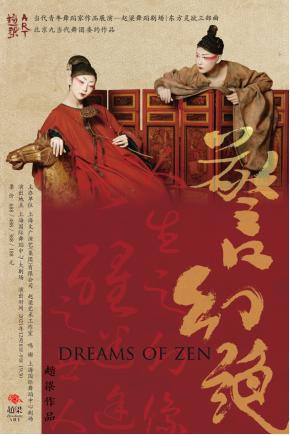 like dews and lightening-- that’s how they shall be viewed.”

true or false, real or illusive 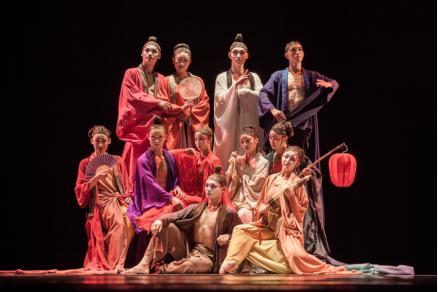 Dreams of Zen was inspired by an episode of A Dream of Red Mansions: in his dream, the male lead character Jia Baoyu walks around in an illusive world and meets a fairy there.

The metaphor of“12” is illustrated on the stage: a bunch off lowers, a lamp, a meditation cushion, a straw mat, a wooden horse, a bed, a lotus, a silk fan, a moon, an incense, a set of eyebrows after make-up and a folding screen. With the idea of “having by letting go” or “letting go for the sake of having”, one may gain insights into their past life love stories. “Just as birds would eventually part their ways after sharing food in the forest, in the end, all is gone and nothing is left.” Despite all the stories of the beautiful ladies (in A Dream of Red Mansions), in the end, the male lead character was left alone with a tragic ending.

Dreams of Zen was the earliest show created among the three and took the longest time. It also has the largest number of roles to play. Director Zhao Liang went through numerous challenges in the production process, including his father’s passing away during that time. In the end, the successful debut of this performance was his way to memorize his late father...

Ashes to ashes; dust to dust...

In each show of the Trilogy, Buddhistic music is played at the end of the performance, creating a compassionate and harmonious atmosphere.  These art works mirror the fact the all forms -- myself, others and myself again --are merely layers of armor that we put on in the mundane world, from one lifetime to another.  When the body is free from its constraints, it starts to become relaxed and flexible and emotions may arise.  Better let go of the attachment to this body as well!

天地清明，山高水长都是肉身，浩瀚星空，霞光云霁，无一不是归处。The sky is pure and the earth is clear, while human form could be manifested everywhere in the landscape. The stars are shimmering and the clouds are floating, while my home could be set anywhere in this universe. 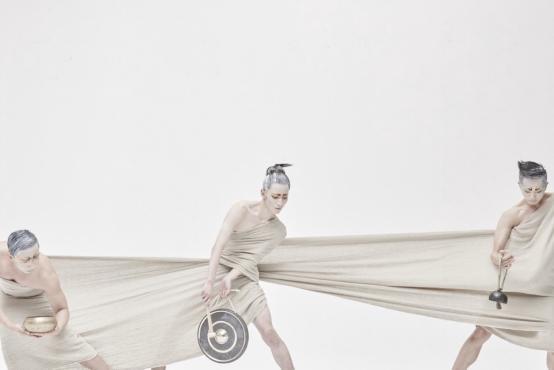 于万籁俱静中，才能听到一朵花开的声音。In the absolute silence, one can hear the sound of a flower blossoming.

期盼与您和光同尘！Look forward to seeing you there!

A fantastic attempt of oriental aesthetics in western interpretation, an absolute tribute to the Chinese Dance History! 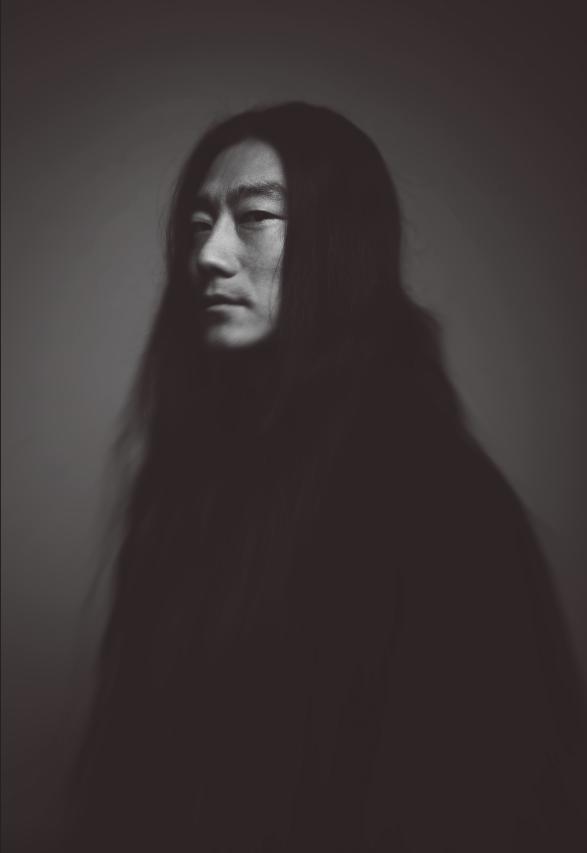 Zhao Liang, a spiritual dancer and choreography wizard, has a unique flare of Eastern mystery.  He was the first Chinese winner of “Roman Award” for modern dance at the international dance competition.  Also presented to him were National Cultural Award as well as Lotus Cup, the highest award in the Chinese dance community, for Best Performance and Best Choreography.  On his tour to Germany, Zhao Liang was referred by the local media as “Shepard” from the East.

The words “dancer” and “dance” alone are not sufficient to define Zhao Liang and his works.  Besides the unique somatic language of dance, his creativity and use of space, behavioral art and music make Zhao Liang a truly well-rounded artist.

In 2012, the artist founded Zhao Liang Art Studio.  Their art works flow from the heart and use dance as a vehicle.  The team has been following their unique artistic philosophy and style of body language.  Through continuous experiments and explorations of organic movements, they have created a number of performances that not only resonate on one’s soul level but are also popular with the audiences.